Back then, in winter of 1973, before Mo-Pac (Loop 1) was built, it was a short walk from my apartment on Waterston, across the old Mo-Pac railroad tracks to Tobe’s house on West 12th. That’s where we wrote Headcheese, the first draft of The Texas Chain Saw Massacre.“

In the winter of ’73 both Hooper and Henkel had day jobs, Hooper directing commercials, industrial, and political spots for Filmhouse, a local Austin production company, while Henkel worked as a commercial illustrator. Late nights Henkel would walk over to Hooper’s, where they, “…squatted on the dining room floor and worked out the arc of the scenes.” Apparently there was no furniture—then Henkel would go out to the kitchen, “…there was a linoleum topped table and I had an old manual typewriter. I’d bang out a half-dozen pages and bring them in to Tobe. Our criterion was, if I kept him chuckling, we were doing okay.” 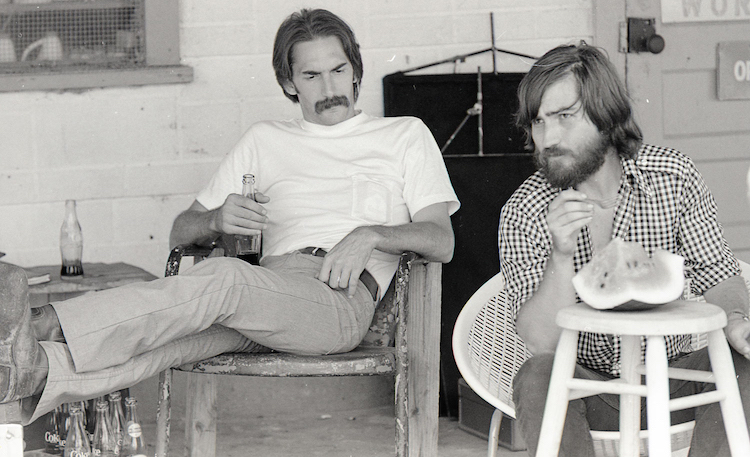 Once they had a completed script, Hooper and Henkel—without connections to investors willing to put money into high risk, low budget, independent films—got the script out to any and everyone they felt might lead them to an investor. They were prepared for the worst with three separate budgets: a high-end budget of $60,000.00, a mid-range budget of $40,000.00, and a desperation black and white budget of $25,000.00.

A friend of Henkel’s who got the script was Ron Bozman. Bozman and Henkel met on the set of J.D. Feigelson’s indy film, Windsplitter, and Henkel wanted Bozman to Production Manage on Leatherface (the film’s working title). Bozman—as it happened—had been a friend and classmate of Warren Skaaren’s at Rice University, and Skaaren was then Governor Preston Smith’s choice as the inaugural Commissioner of the newly-formed Texas Film Commission.

Henkel credits Skaaren with giving the film its final title, The Texas Chain Saw Massacre, and it was Skaaren who put Hooper and Henkel together with former state legislator, William J. Parsley. Parsley became the film’s principal investor. “I didn’t fully appreciate it then,” Henkel says, “but it was an enormous leap of faith on Bill’s part. My life, and the lives of many, many others would be unimaginably different, if not for him.“

Both production and post-production were fraught with problems. Before it was over, the budget would balloon to just over $100,000. Undaunted, Hooper and Henkel set about putting together the team that would bring to life The Texas Chainsaw Massacre, a film that would bring about a quantum shift in the landscape of horror, create Leatherface –  arguably, the most iconic horror villian –  and imprint itself indelibly on the American psyche.

In the grueling dog-days of a Texas summer, a ragtag band of filmmakers, students, friends, family, and hangers-on—working with a meager $60,000.00 dollar budget—set out to make an independent horror film. Shot in 16mm, their efforts would produce, The Texas Chain Saw Massacre (1974), a film that in the almost 50 years since its modest beginnings has come to be regarded as a classic of modern American cinema. 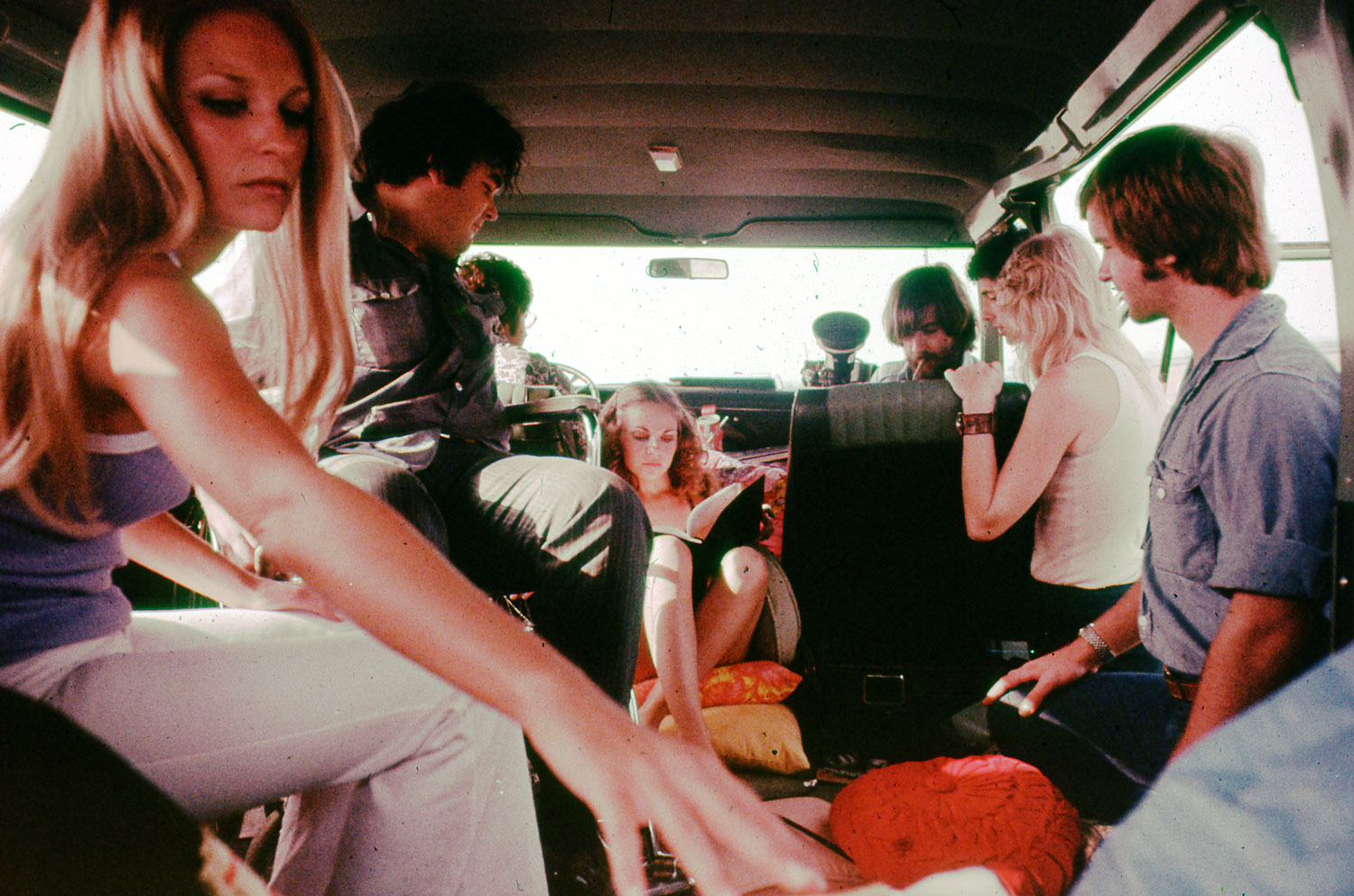 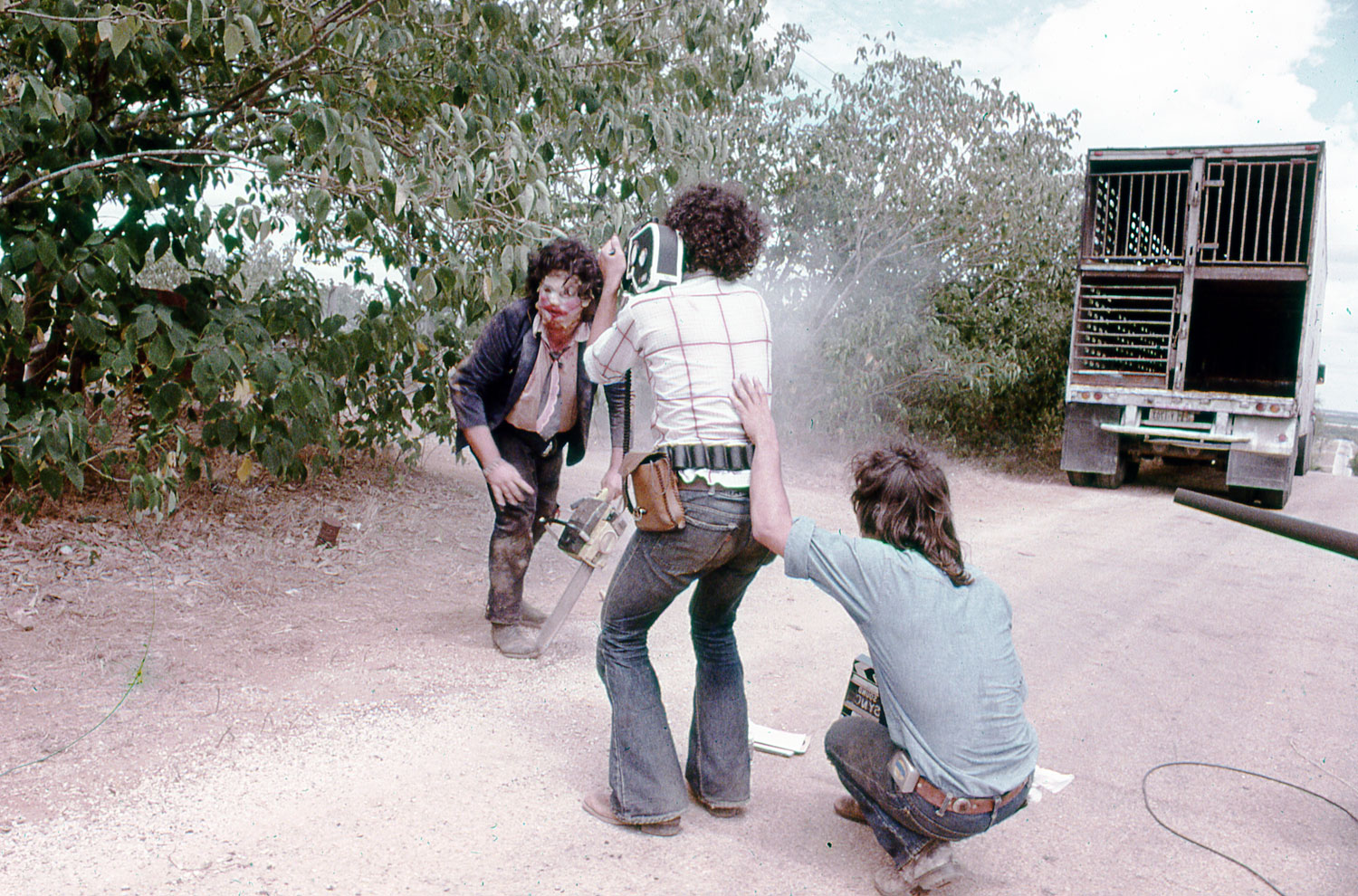 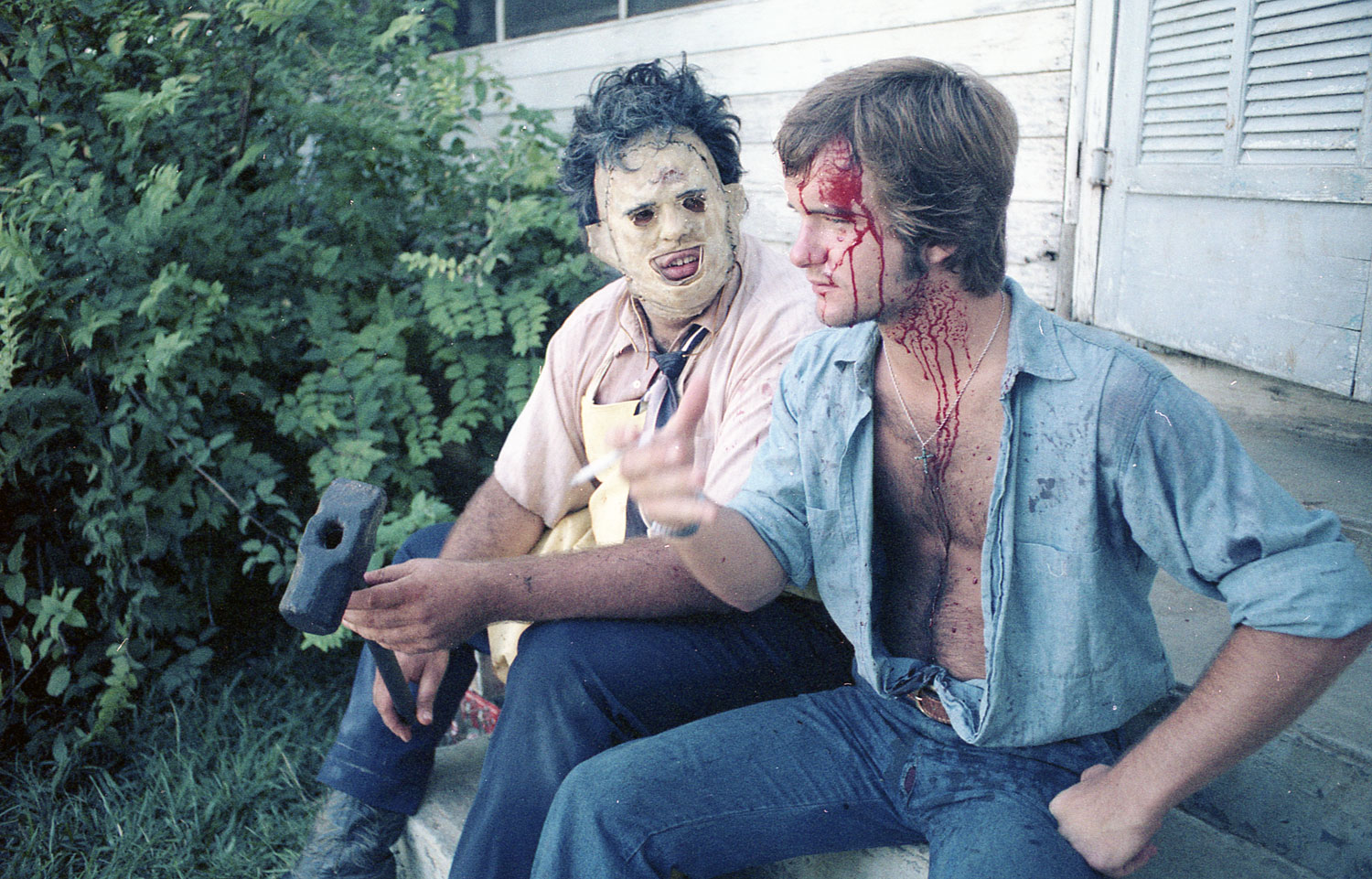 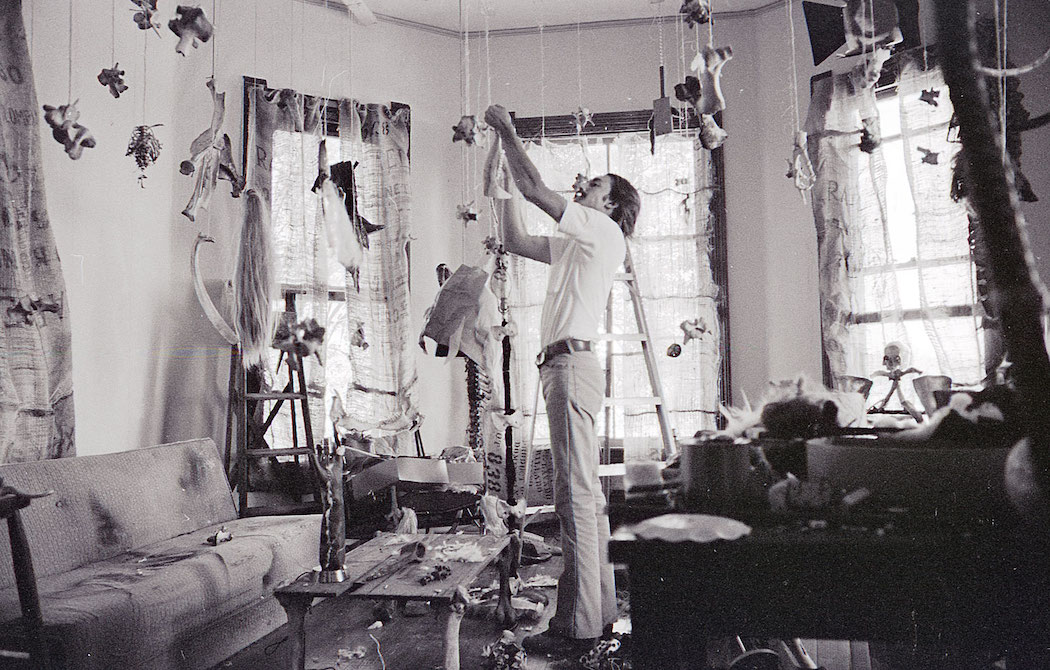 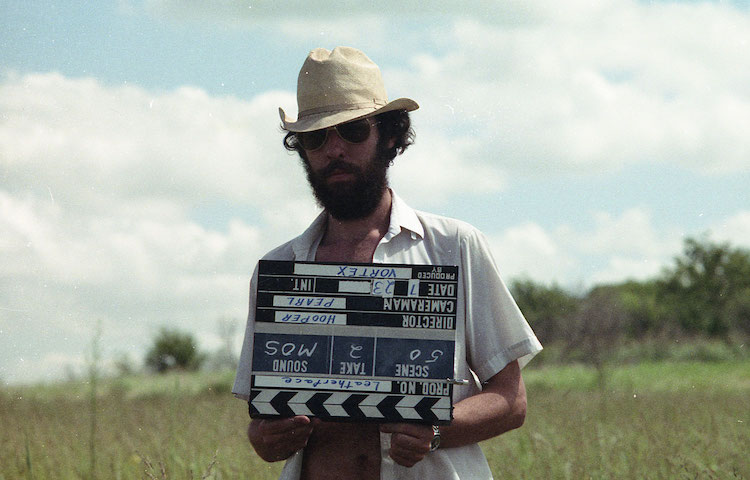 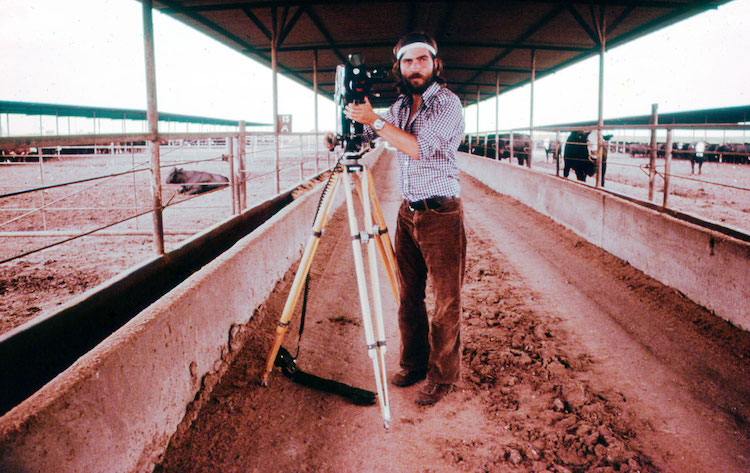 Made in grueling heat in the summer of 1973, The Texas Chainsaw Massacre, opened in 230 theaters on October 11th, 1974, to a less-than-stellar reception.

The Rice University football team blamed the film for their 25-6 loss to the Arkansas Razorbacks. “It’s gross. It made me sick…I couldn’t sleep all night long,” the team punter groused.

Film critic and Tank McNamara creator, Jeff Millar, screamed, “…what’s the point of carping about construction and, you know, AESTHETICS when ‘The Texas Chain Saw Massacre’ is being pitched for the geek trade?”

But then came a review by Rex Reed that encouraged readers to …”run, not walk…” to the nearest theater. Soon, an invitation to the prestigious “Director’s Fortnight program” at the Cannes Film Festival, and the acquisition of a print of The Texas Chainsaw Massacre for the permanent collection at the  Museum of Modern Art, began to reflect the growing critical acclaim the film would eventually achieve.

In the course of forty plus years it’s segued from “…sick crap…” to: